Minimize Your Latency With Audality
25 January, 2022 by

It is likely that every single one of us has experienced audio latency in one setting or another. Technically, latency is the delay in time that it takes for audio data coming from one audio source (such as a live performance or recording) to be transmitted, received, and then sent out to your ears from another source (such as speakers or headphones). We know what it is like to watch someone speak into a microphone, see their lips move, and then not hear the audio until a few seconds later.  Annoying, at best.  The good news is that Audality’s technology can decrease latency to such a level where professional musicians and consumers alike will believe that the timing from a source of audio to their ears will not result in any discernible delay. 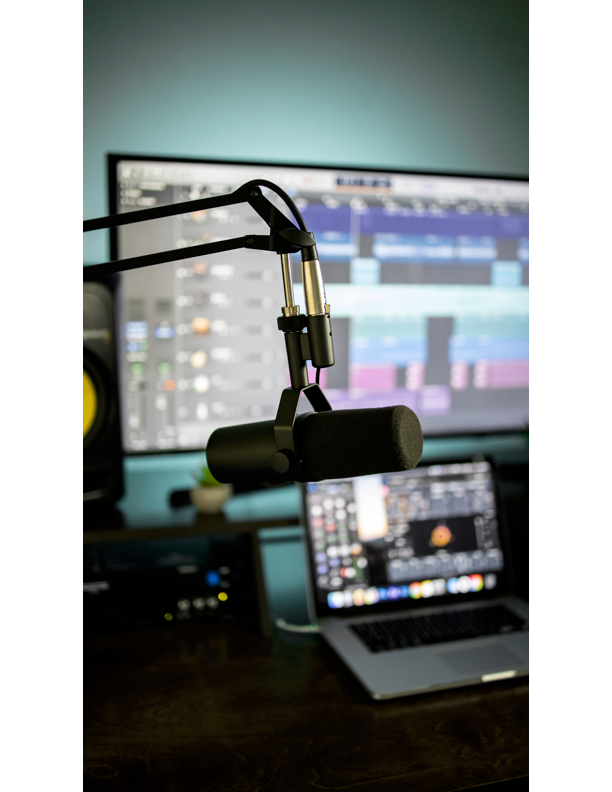 For musicians, engineers, and studio producers, latency can become a major hurdle as they try to play in time with different tracks and find it nearly impossible to do so.  Specifically, audio interface latency can be quite problematic with recording studios; it can add up over three processes such that the delay becomes unacceptable and amounts to more than 15 msecs .

First, at a recording, audio is converted from analog to digital, and then playback goes from digital back to analog to play through studio speakers or headphones. That process incorporates the first delay. Second, latency can occur with digital signal processing (DSP), and thus the second delay.  Third, latency can occur during the audio’s pathway through cables, mixers, and hard drives.  Each layer of latency in this process has a cumulative effect of more than 12 msecs (and thus a level where the latency is discernible to the human ear).

Live performances also are threatened by latency.  If a band is set up next to the drummer, then the instruments must be in perfect timing to the drummer.  Otherwise, the sound will seem like one big echo.

Finally, the video gaming world must minimize latency to maximize the experience for the gamer. You can imagine how dizzying and frustrating it is when a gamer sees something on screen that does not coincide simultaneously with what they hear. In fact, “[n]ow gamers not only need a high-tech console or desktop, but a lightning-fast broadband connection to avoid a laggy gaming experience.  Latency must be kept to a minimum, particularly when playing first-person shooter (FPS) titles.”  www.thghosting.com.  It is widely accepted that moving targets in video games require a faster connection and instantaneous audio feedback to maintain realism.

Audality’s technology addresses all of these latency issues and minimizes the latency for musicians, studio producers, and consumers to a non-discernible level (in msecs).  The patented technology needs no wires or cables, and its transmitters and receivers speak directly to each other so that the 24-bit, uncompressed audio is delivered without detectable delay, and in unison with multiple receivers.  It is pretty telling (and a bit comical) when Jamstik.com’s help desk advises users of mobile devices to simply not use Bluetooth headphones or speakers in order to reduce or minimize latency.  The world is defined by instant gratification.  It is therefore fitting that Audality’s technology will transmit robust audio, recording, or video sound with incredibly low latency rates.